A Breakdown of the Newark Hoods

Often labeled as the 6th borough with its close relation to New York City, but the Newark hoods have built their own separate reputation, a reputation that became known as Brick City. With the large number of legendary neighborhoods in the heart of the Newark ghetto that were mostly housing project complexes, the alias of “Brick City” was given to Newark.

*Colors on the map do not represent Newark gangs, but the separate hood sections of N. New Jersey.

Officially, or unofficially, the Newark hoods are divided into separate sections that are known as wards, for instance there is a North Ward, South Ward, East Ward, Central Ward, and West Ward.

The streets of the East Ward, known locally to some as the Down Bottoms, is a diverse community of multiple racial groups but has small housing complexes like Pennington Court, Hyatt Court, and Riverview Court, which is officially the Terrell Homes.

The West Ward, which is near the city of Irvington and the Garden State Parkway, is mainly the Valisburg area that is divided into Ill Hill (Ivy Hill) and Hoodaville, along with the Bradley Court projects. 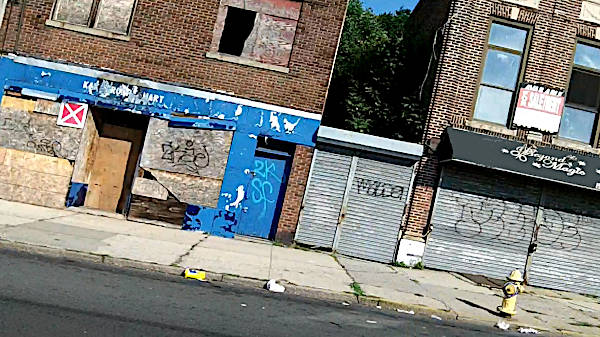 Rundown building within the South Ward.

The South Ward is mainly the Clinton Hill and Weequahic neighborhoods, along streets like Lyons Avenue, Bergen Street, or Clinton Avenue, combined with the housing projects of Seth Boyden and Dayton Street.

Within the Newark ghetto and urban areas of the North Ward, a former Italian community and now home to a large portion of Newark’s Latino community, consists of the old Columbus Homes high-rise, the Grafton Avenue projects, Stephen Crane Projects (SCP), and the Spiers (Garden Spiers Projects). 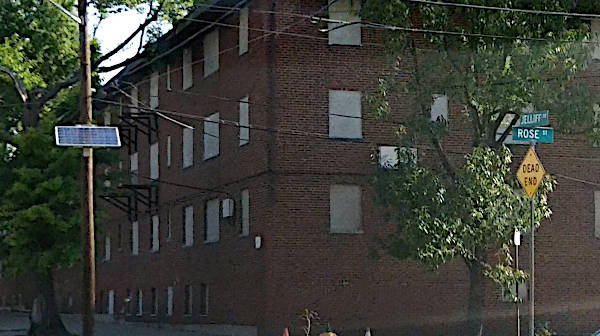 The once heart of teh Newark ghetto, the Central Ward. The Little Bricks Projects of Newark, aka Felix Fuld Court

The heart of the old Newark ghetto was the city’s Central Ward.  Between Springfield and Clinton Avenue, home of the former Prince Street (Stella Wright), Hayes Homes, and Crazyville (Scudder Homes), is where the majority of Newark’s housing projects were once located at.

The Past and Present of Newark

Between the 1940s and the 1970s the city’s population was decreasing as people were relocating outside of Newark’s city limits into more suburban areas of northern New Jersey, especially as the city lost many of its manufacturing companies.

Before the exodus, or white flight, from Newark, redlining and blockbusting, along with the refusal and denial bank loans and mortgages, contributed to much of the city’s racial makeup within the local neighborhoods.

With these practices, blacks were only able to live in certain areas, mostly the Central Ward community.  Throughout the years the black community had suffer much, but not until the late 1960s did the frustration within community reached its peak as the city experience one of the worst race riots after a black man was brutally beaten by the police.

After the riots, in which lasted for a few days and caused over 2 million dollars in damage and the deaths of 20 people, the city gained its first black mayor as the majority of the population became predominantly African American and Latino, who began to arrive during the 1950s.

Today, even though the city is experiencing gentrification in the heart of the Newark ghetto, the black and Latino community still accounts for the majority of the city’s population.  With the occurrence of gentrification and the city’s plans of renovating its downtown area, together with rebuilding within surrounding communities, the name of Brick City seems to be less relevant as numerous neighborhoods are being torn down.

2 The BX: ‘Hoods of the South Bronx