Breakdown of the Washington DC Hoods

These days, with the redeveloping of neighborhoods in most of the Washington DC ghetto communities, the term Chocolate City no longer fits the makeup of the city as the Southeast section of Washington DC has become the last of its kind by being the only fully African American area.

The DMV (metropolitan of Washington DC) is truly broken into four sides, Northwest, Southwest, Northeast and Southeast, as well neighboring sections of Maryland’s Prince George’s County.  All in a metropolitan area that consists of apartment buildings, public housing complexes and rowhouses.

Before the massive transformation of Washington DC’s urban communities, the landscape of DC was predominantly African American, with exception to areas west of NW 16th Street or the sections of the Northeast near the capital and the National Mall.

Brief history, Washington DC was one of the first, if not the first, cities in the country to begin the process of gentrification.  As diplomats from foreign countries would come to visit, the government would want to hide the poverty and true issues of America. This led to housing complexes like Sheridan Terrace, along the Suitland Parkway, to be redevelop.

Currently, all urban communities of the Northwest, Southwest and specific neighborhoods of the Northeast that are northwest of the Anacostia River are being highly affected by gentrification and the displacement from their long-time communities.

While there have been a black presence in the city of Washington D.C. since its beginning, Southeast Washington DC had two specific areas, Barry Farm and Anacostia, that have been communities for African Americans since the 1800s.

Supposedly, Barry Farm was one of the first places that accepted black residents in Washington DC as the small neighborhood became a home for dozens, if not hundreds, of freed slaves.

After Martin Luther King Jr. was assassinated and people began to riot and protest soon after.  The rioting led to many white families to leave Southeast Washington DC for the suburb communities in the Maryland counties.

By the 1970s, Southeast Washington DC was predominantly African American with people moving and relocating into areas like Congress Heights, Washington Highlands, Marshall Heights, and other Southeast neighborhoods. 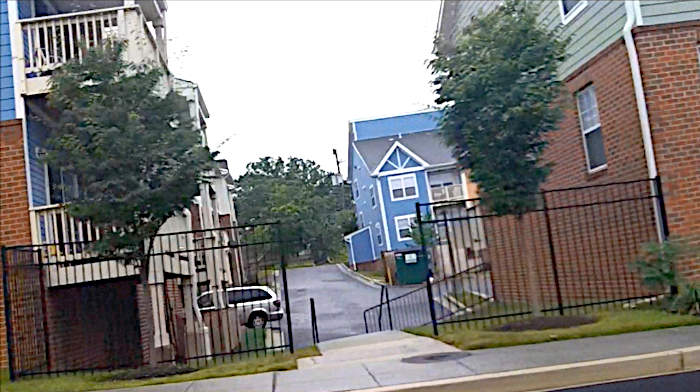 Today, the South Side is the only section of the city that has not been widely affected by gentrification, with the only gentrified areas being a few housing projects of Eastgate, 58th Street’s East Capitol Dwellings and Capitol View Plaza, Stanton Terrace’s Stanton Dwellings and Frederick Douglass Dwellings, Washington Highlands’ Valley Green and Linda Pollin, and Sheridan Terrace.

At times, the rebuilding process of the Washington DC housing communities have included residents claiming the housing authority was allowing apartment units to deteriorate so they can be claimed as unlivable to eventually be demolish or the promising of rebuilding led to less than half of the original units being replaced.

What is the future of Southeast DC?  While being separated from the rest of the city, due to its location on the other side of the Potomac/Anacostia River, the properties of the South Side may not be as wanted as the Northwest or Northeast but gentrification is still replacing many communities and cultures all over Washington DC.

What begun out as a diverse community with African American, Jewish and other ethnicities changed after the city decided to redevelop the Southwest section of Washington DC.

Redeveloping Southwest DC destroyed much of the area during the 1950s and 1960s as the community was replaced with businesses, commercial properties and low-income apartment complexes.  Many people were forced to move into other parts of the city while others moved into the apartment buildings and public housing complexes of the Southwest.

With the destruction of most of the area, the main communities became Greenleaf Gardens (3 N K), James Creek (106 and Park), Syphax Gardens and the old Cappers projects (Arthur Cappers and Carrollsburg), while most, other than James Creek, were built after the city redeveloped the Southwest section. 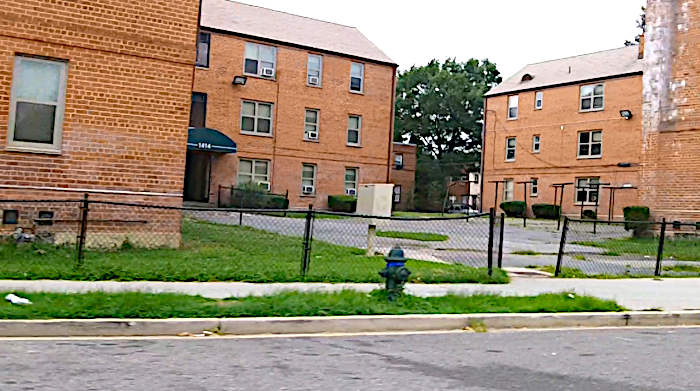 In recent years, the community has begun to redevelop areas like Buzzards Point and the Southwest Waterfront as a multi-million-dollar redevelopment project, along with some of the housing projects of the Southwest Washington DC ghetto are supposed to become mixed income communities.

This will once again change the Southwest section of D.C., making this area of the city to be more of an upscale community with the nearby Nationals Park stadium, numerous businesses, restaurants and shops that are planned to be built in the region.

One of the city’s first all-black neighborhoods was in the section of Northwest DC, which has often been referred as Uptown.  Many blacks began living in small communities known as the Alley Dwellings, but the neighborhood of Shaw was the largest and most historic community of Northwest Washington DC.

The Shaw community was at one time the center of all black culture in Washington DC as the area was thriving during the late 1800s and the early 1900s with prominent all-black institutions, live entertainment, and dozens of successful businesses.

One of the city’s most famous and historic districts was the U Street area, located in the Shaw community from NW 9th Street to NW 18th Street and was nationally known for entertainment and many black owned businesses. 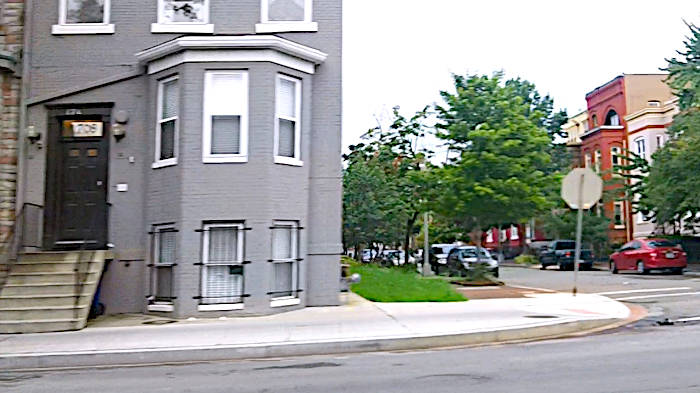 The Shaw neighborhood of Northwest DC.

Other historic communities of Northwest Washington DC were neighborhoods like Columbia Heights, LeDroit Park, which is the location of Howard University, and a few others.

After the Martin Luther King assassination, of the late 1960s, the neighborhood changed from being a thriving business district to public officials naming the community as one of the most crime infested areas in the city.

When the streets became active, beginning mostly during the 1980s, the streets of the Washington DC ghetto in the Northwest, or Uptown, area was well known for the legendary Hanover Place, Sursum Corda, and the now demolished Temple Court, as well several blocks off First Street or in the Shaw neighborhood.

Since before the 2000s, the Northwest Washington DC neighborhoods have been the city’s most sought after communities by developers and real estate companies, especially during the days of the massive amounts of Washington DC gentrification. 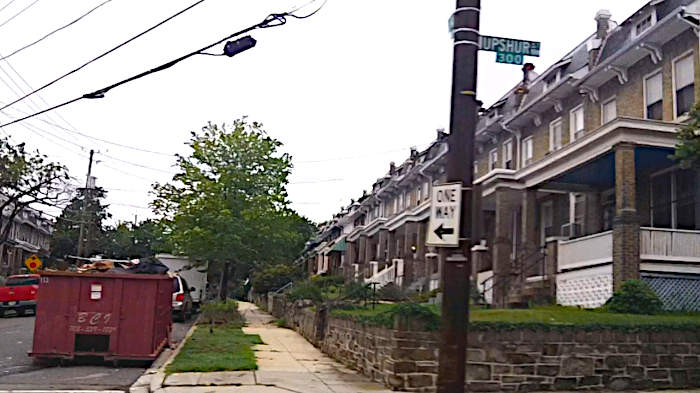 Beginning in places like Columbia Heights and Adams Morgan, gentrification in Washington DC has been claiming much of the Northwest neighborhoods, from the once famous U Street to communites along Georgia Ave.

These once predominantly black communities, which were once thriving and then declined around the 1960s and 1970s, are coming back with a promise of luxury homes and businesses as investors have been buying properties throughout the area, the only problem there will be new residents.

Gentrification in Washington DC over the years has been leading to evictions or the force of relocation of longtime residents into communities of the South Side (Southeast DC) or in Maryland due to the increasing property values and higher rents.

The largest section of the city, the streets of the Northeast Washington DC ghetto was home to some the city’s most legendary communities like Parkside, Little Vietnam (21st and Maryland), KWA (Kenilworth Avenue), Trinidad, Clay Terrace and Lincoln Heights. 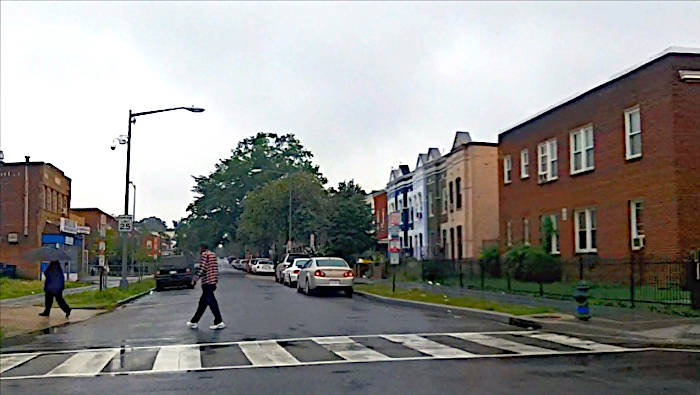 The Trinidad neighborhood of NorthEast DC

Places like Deanwood were prominent all-black communities that had various historic all-black establishments like an amusement park, theaters and other businesses.  Originally starting out as a rural community that would later be built into a livable neighborhood after African Americans were only allowed in certain areas.

The Carver-Langston neighborhood is home to one of the city’s first housing project, Langston Terrace, and across Benning Road is the Rosedale and Kingman Park area.  Those two neighborhoods were originally built for white families but would later become part of the city’s African American community. 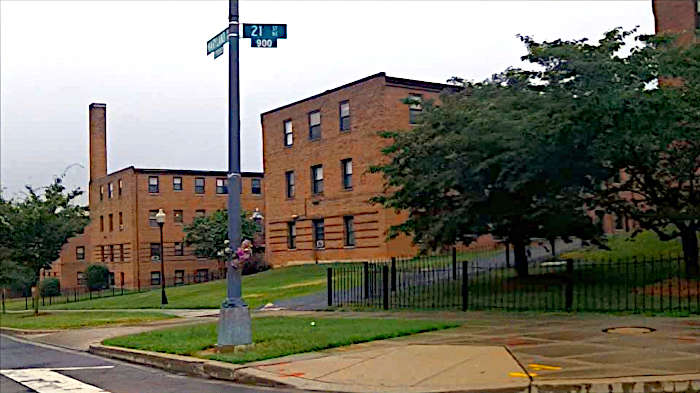 A well known complex in the The Carver-Langston neighborhood.

The small and isolated neighborhood of Ivy City became an all-black community with the help of employment opportunities as early as the late 1800s, while parts of Brookland had black families in the area since around the 1930s.

The KWA section of Northeast Washington DC started out as a suburb for white families due to an old all-white housing complex that was known as the Lily Pond Houses, but the demographics of the area would quickly change as the housing complex’s racial makeup became predominantly African American. 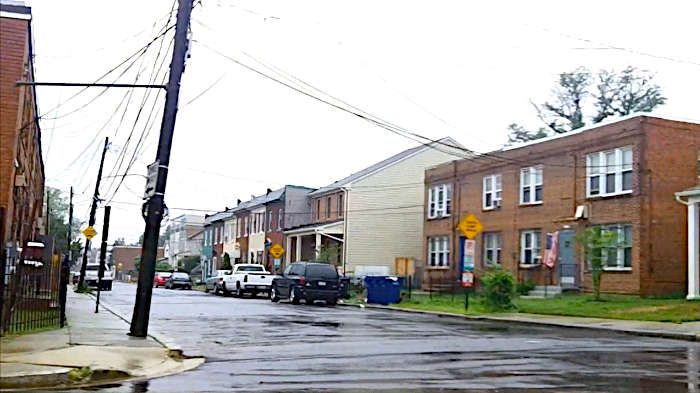 Due to the rioting from the assassination of Martin Luther King and the elimination of segregation, many of the white families left the city of Washington DC for the suburbs in the nearby Maryland counties.

Their exit from the city eventually made Northeast DC to become a predominantly black community by the 1970s mixed with low-income areas of housing complexes and middle-class communities like Riggs Park and Michigan Park. 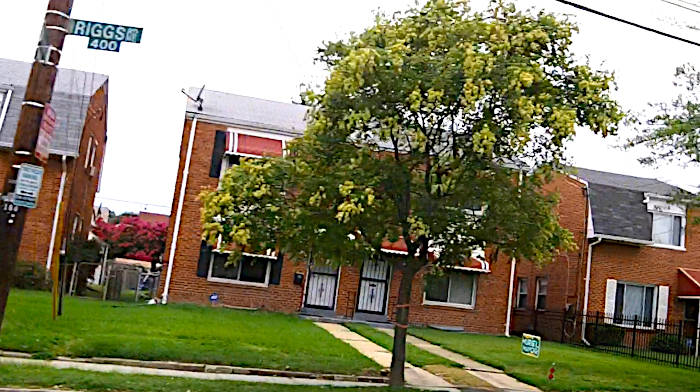 While gentrification is affecting many of the communities within the Washington DC ghetto, parts of the Northeast that are south of the Anacostia River are the least affected by gentrification, with exception to the demolishing of Parkside and 58th Street housing complexes.

The section of D.C.’s Northeast that is near the United States Capitol buildings are the communities that are being hit the hardest by gentrification as people are being forced to move with the rise in rent and property values.