One of the world’s largest countries and the most dominant country in South America resides a music scene of Brazilian Pop artists and Brazilian R&B artists that have easily transformed Brazil into becoming a powerhouse within Latin America.

With its isolation of being the only country in the region to speak Portuguese, while also being a melting pot of various ethnicities, Brazil has created a unique scene of music that include genres like pop, funk, rhythm and blues, hip hop, and Brazil’s form of country music, often called Sertanejo Universitario.

It is no question that Brazil has produced stars of all kinds, but in today’s era Brazilian R&B and pop artists have showcased levels of talent that have never been seen. As rhythm and blues is on a global rise the following list highlights some of the best R&B music in Brazil by the country’s top pop stars. 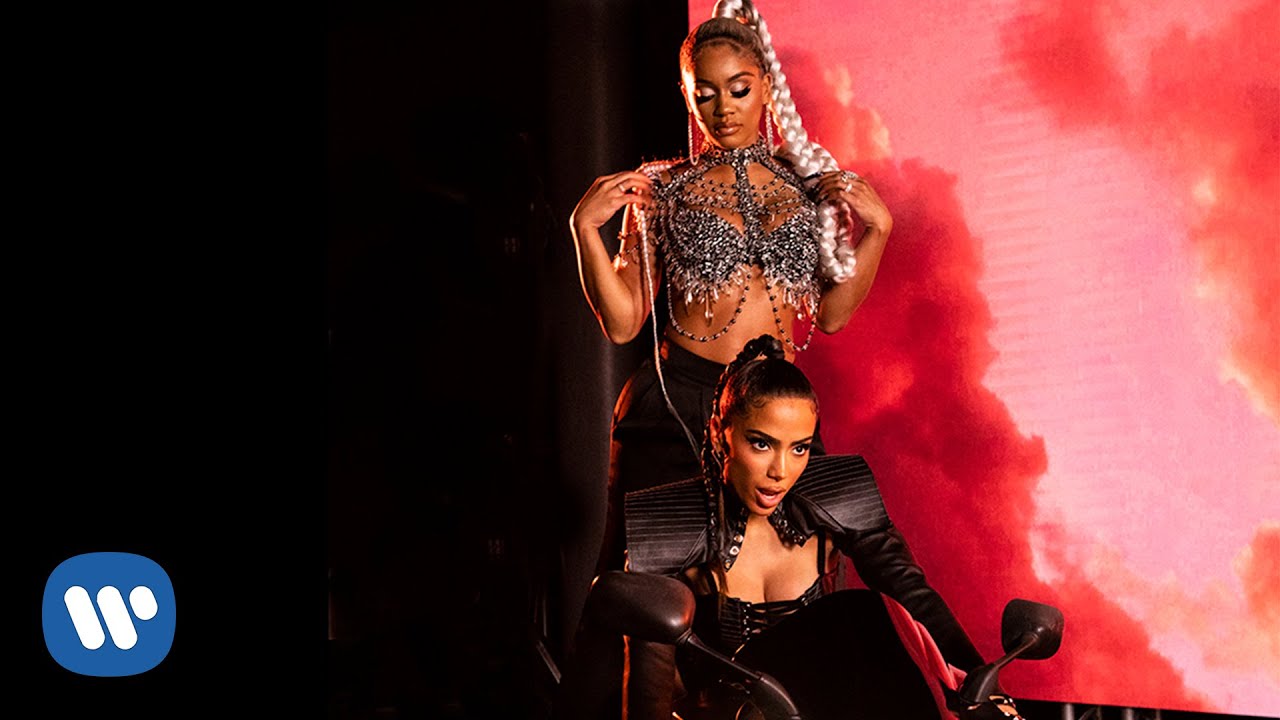 Anitta, who is practically one of Latin America’s biggest stars, has been dominating Brazil’s music scene for almost a decade. Debuting in 2013, Anitta has become a true definition of a superstar as the Brazilian icon has achieved much global success with a talent that comes second to none. From awards to platinum and even diamond selling singles and albums, Anitta truly stands alone in the presence of greatness and will be remembered as one of Brazil’s greatest entertainers and musicians. 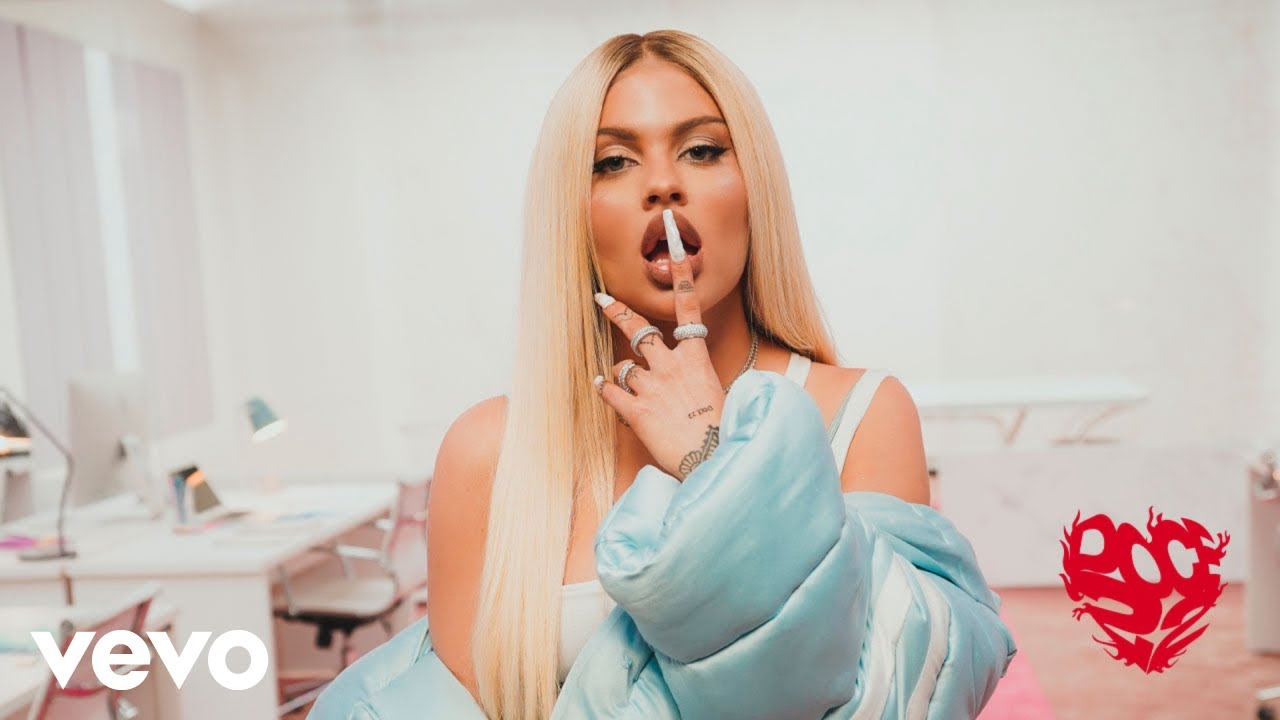 An artist that has had music to be part of her life since she was a young child, while originally spending time as a Youtuber covering the hottest international songs, Luisa Sonza’s career as a professional recording artist would begin with her 2017 debut “Good Vibes.” Following 2017, the young Brazilian singer would transform into a star as she brought the world hits like “Devagarinho,” “Garupa,” “Braba,” “Boa Menina,” and many more. With an artist of her talent, there have been no limits on the styles and sounds that Luisa Sonza displays through her music. 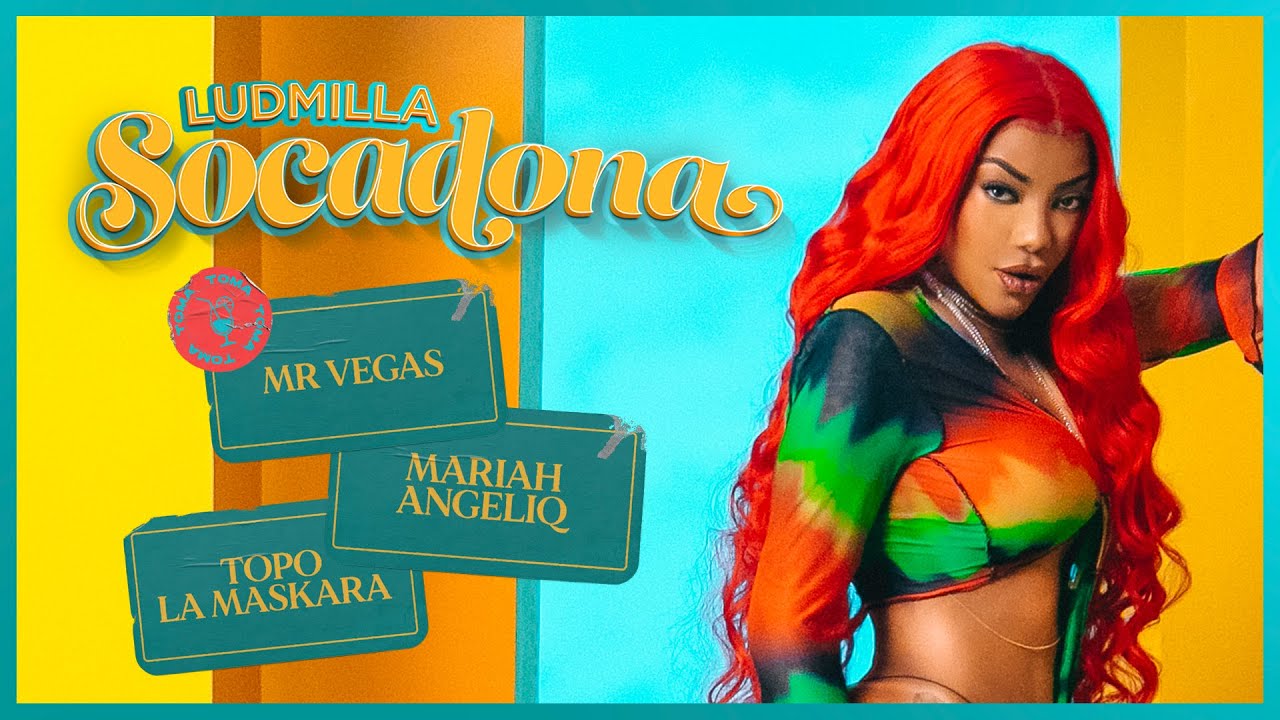 With a whole repertoire of music, ranging from pop to funk to R&B, Ludmilla’s music is easily the most versatile and the most diverse artist in Brazil, reaching various markets with an extensive fanbase. With over ten years in the music industry, Ludmilla has come a long way from beginning as MC Beyonce to now becoming an artist that knows no boundaries with her artistry. 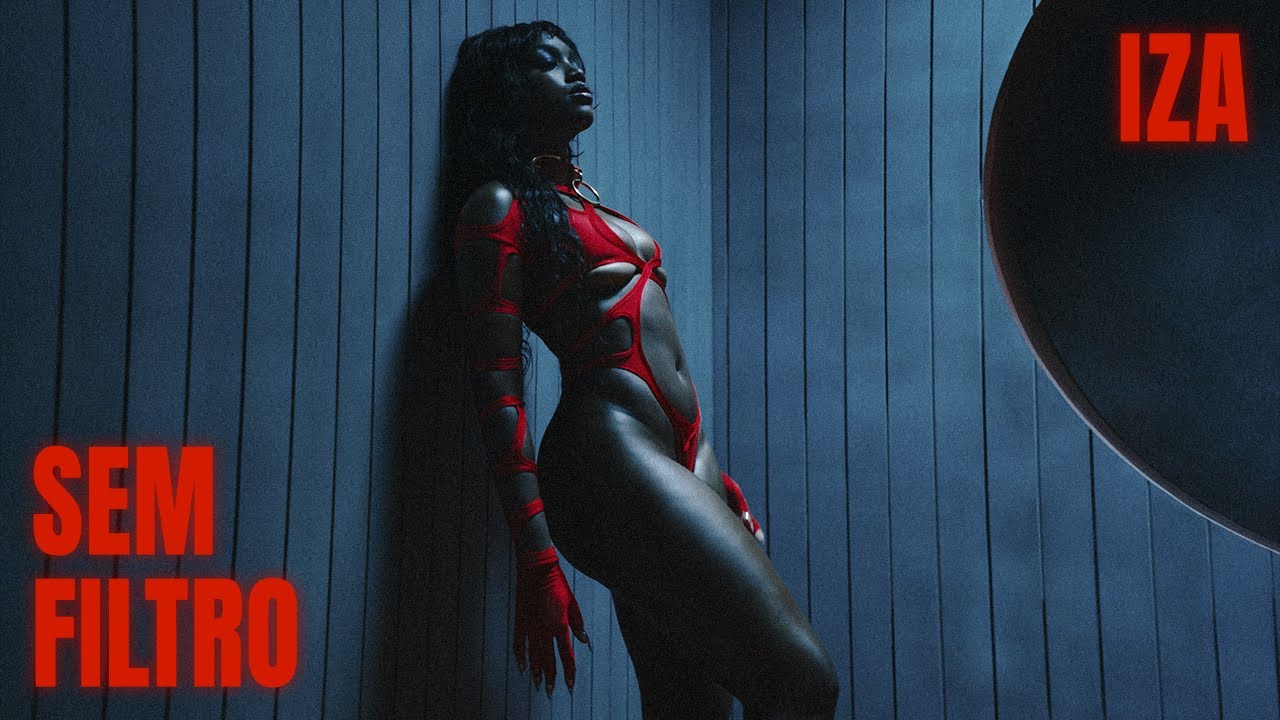 The beautiful Iza has been on a mission since arriving in 2017. While not necessarily the most accomplished Brazilian R&B artist, at least not yet, her music easily separates itself from other artists. Not trendy or not following what is hot, the soulful voice of Iza has been emerging as a true special talent. With top songs like “Brisa,” “Pesadão,” “Dona de Mim,” and many more, Iza is on the rise to becoming the world’s next global star. 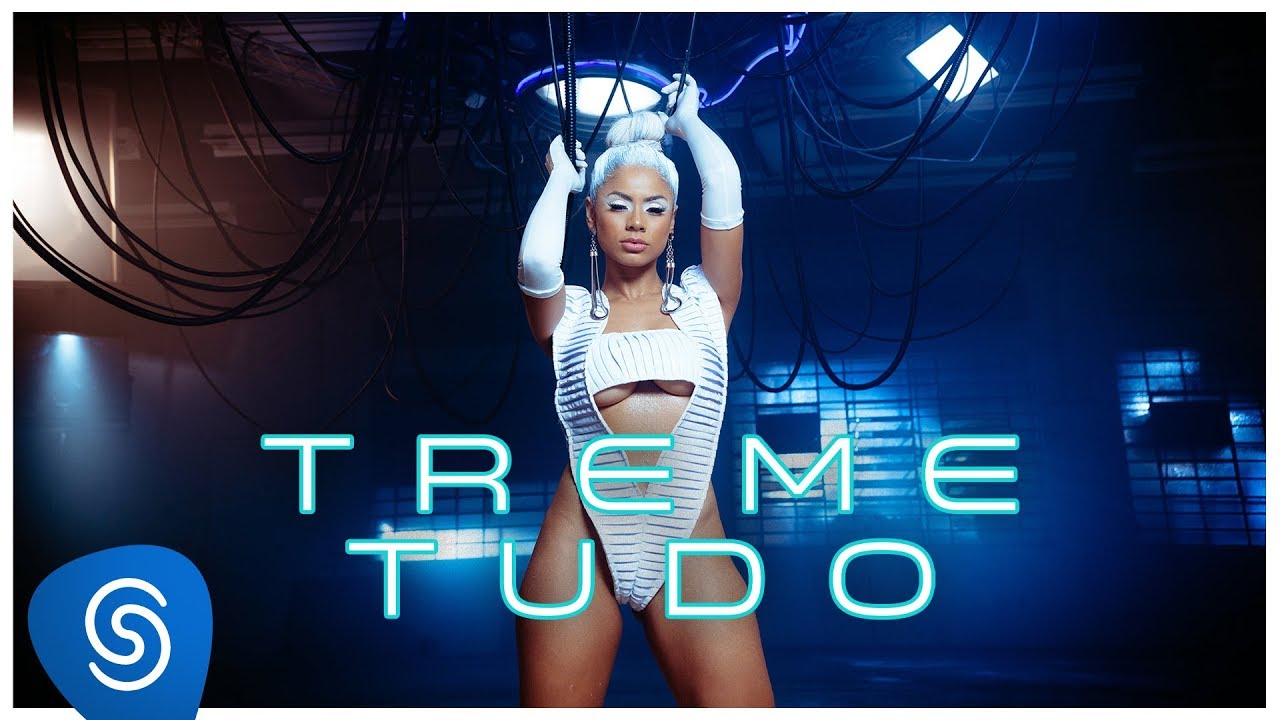 Debuting in 2013 with the song titled “Quem Manda Sou Eu,” Lexa was almost destined to be a star as music has been a major part of her life since she was a young child. Years into her career Lexa has risen to the very top of Brazil’s music industry with noticeable tracks like “Sapequinha,” “Provocar ,” “Chama Ela,” “Quebrar Seu Coração,” “Aquecimento da Lexa”, as Lexa often switches between pop music and Brazil’s funk genre. 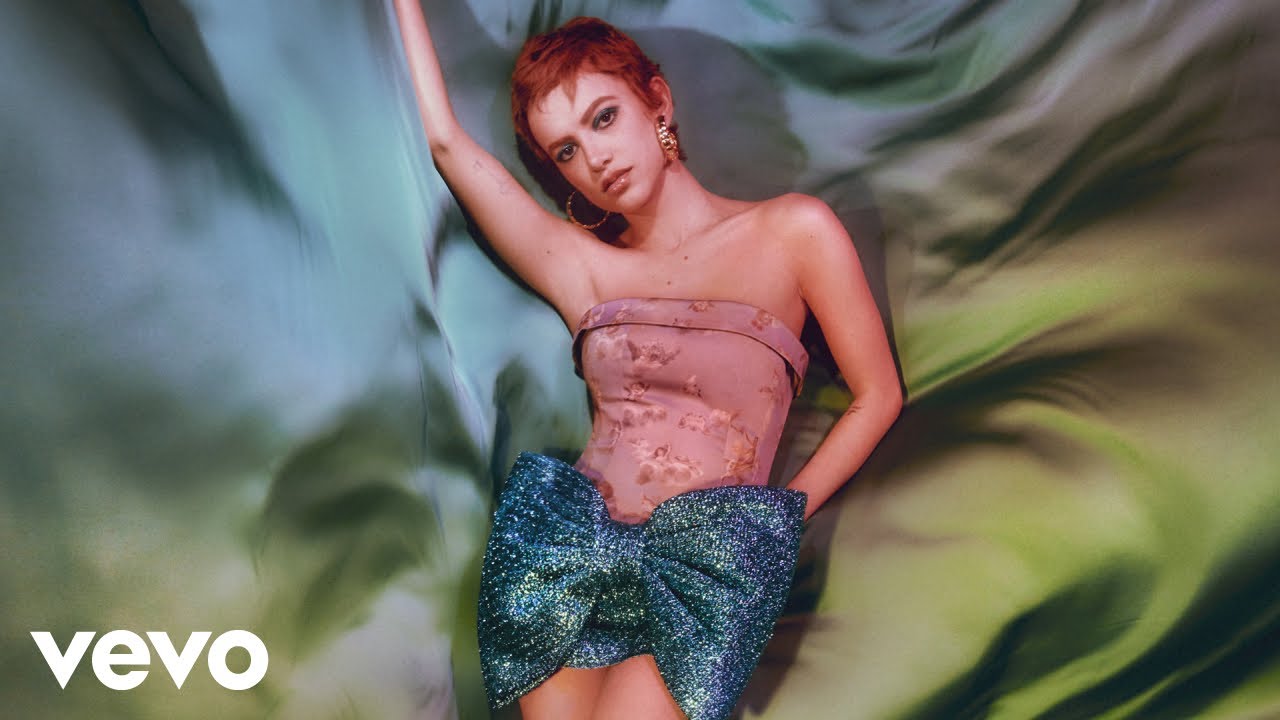 The most unique and creative artists on the list, Manu Gavassi easily stands out from the crowded list of Brazilian pop artists with her distinctive approach to music. A well seasoned artist who debut in 2010 with the two hit songs “Garoto Errado” and “Planos Impossíveis,” when she still was a teenager, Manu Gavassi has truly surpassed expectations by continuing a very successful career for over a decade. 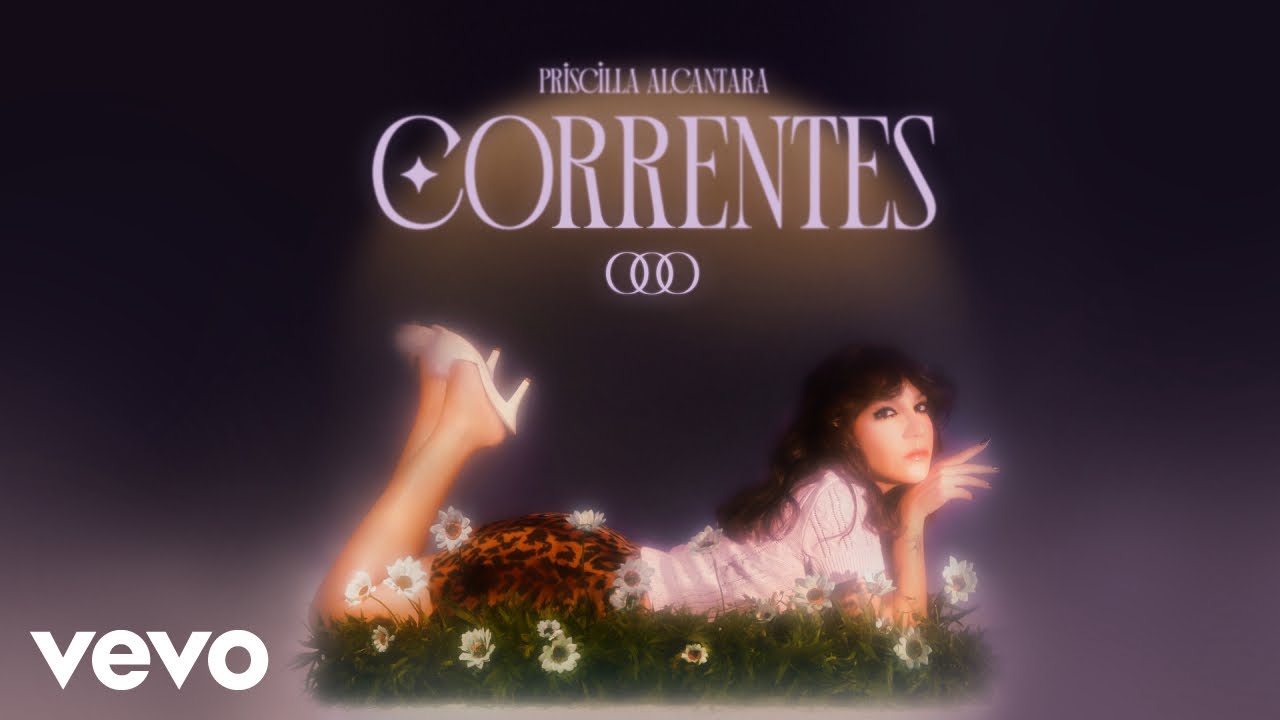 With a career in music that spans almost 20 years, Priscilla Alcantara has been showcasing her talent for quite some time now. With recent hits, like “Tem Dias” and “Você É Um Perigo,” she has proven that only a true flair of musical gifts can establish longevity in the entertainment and music industry. 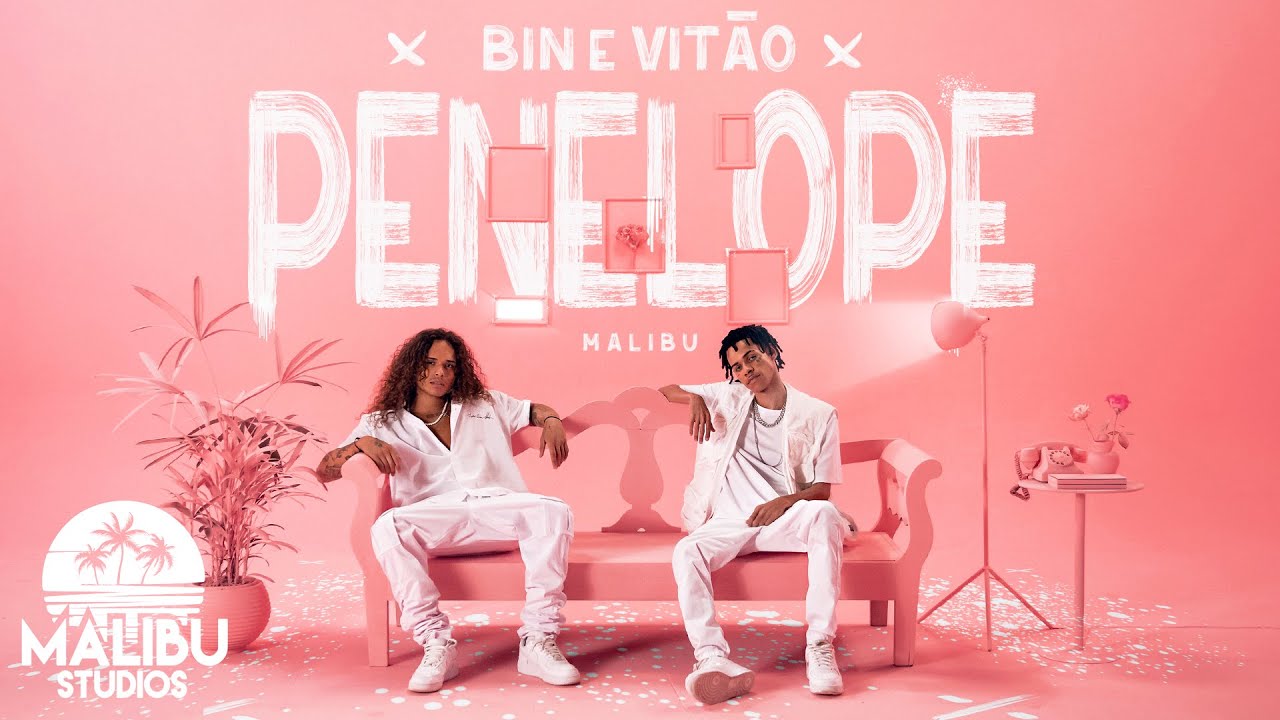 Beginning with a guitar, a camera, and with a do-it-yourself mentality covering top songs on YouTube for two years, the smooth sounds of VITÃO would debut as an artist in 2018 with “TÁ FODA.” Since his turn into a professional career in music, VITÃO has emerged as one of Brazil’s top male artists, while collaborating with the biggest names in music from Brazil. 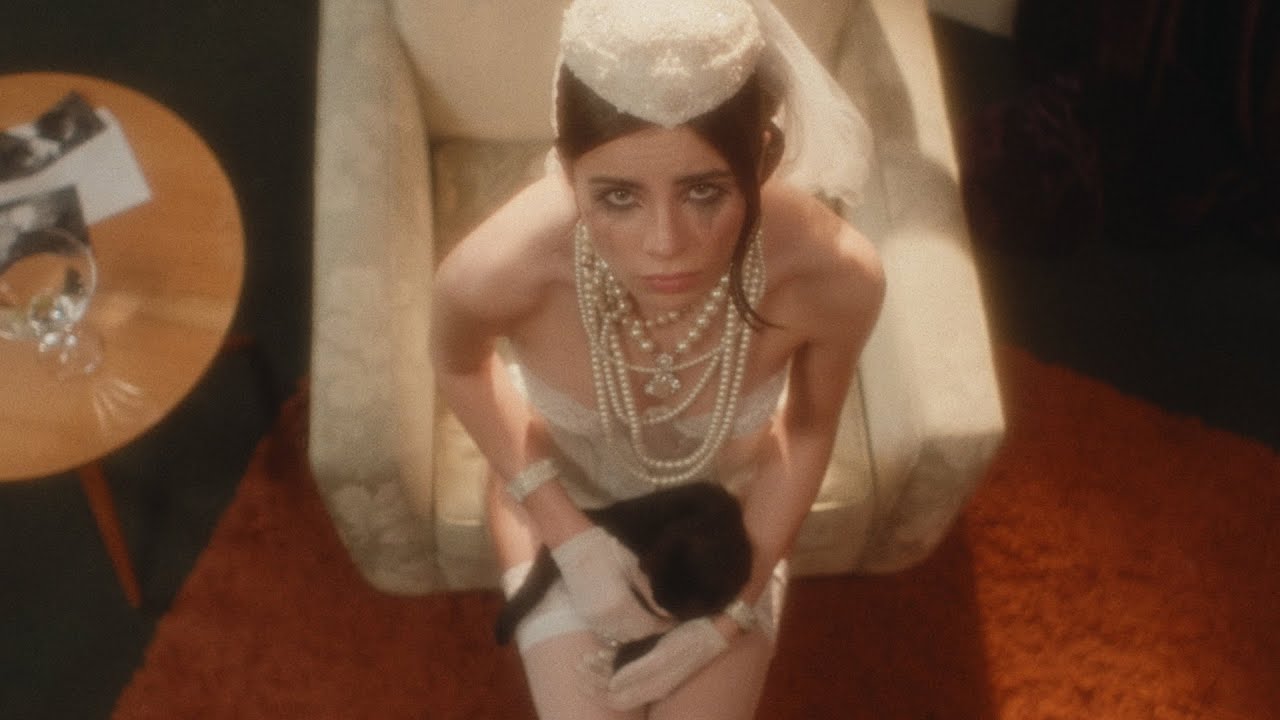 As her whole her life has been centered around music, since the age of six playing the piano, not until 2017 did Giulia Be begin to share her talent with the world. Since her debut Giulia Be has signed with Warner Music and released singles like “menina solta,” “se essa vida fosse um filme,” “inesquecível,” and “era amor.” 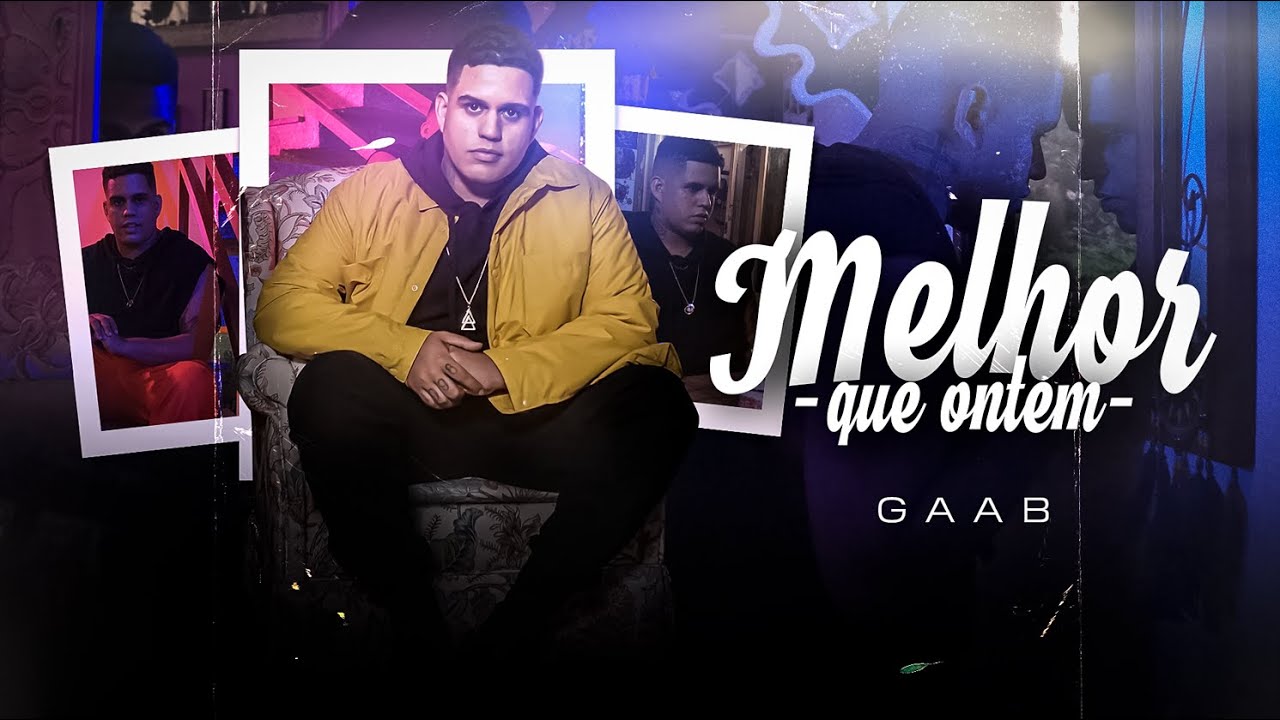 One of the best true Brazilian R&B artists, Gaab proves that not just America has the best rhythm and blues artists. With his father being famous Brazilian singer Rodriguinho, music has always been in his blood, while his natural talent is always displayed through every song that he has recorded and placed for the world to hear. 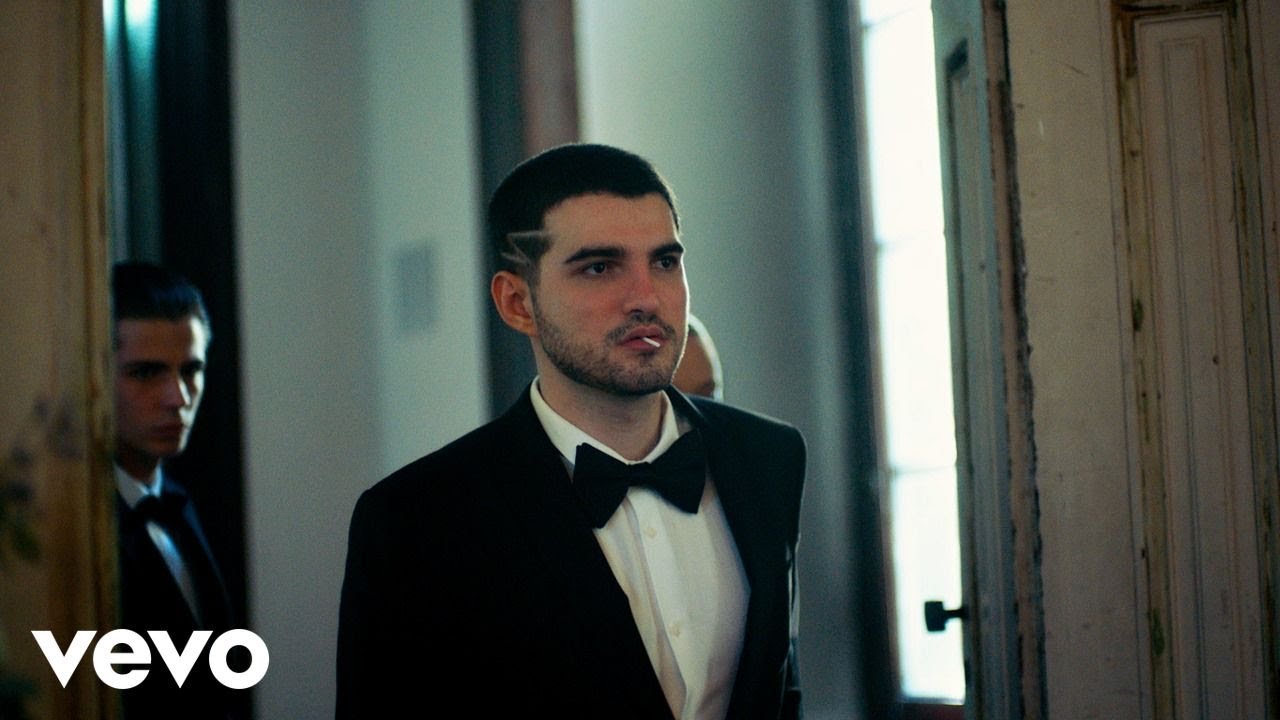 Fresh off the release of one of the biggest albums of the 2020s in Brazil, Jão has truly grown into becoming a superstar. With his first major release occurring during 2016 with “Dança Pra Mim,” Jão has since blessed fans songs like “Imaturo,” “Vou Morrer Sozinho,” “Me Beija Com Raiva,” and much more, while releasing three classic albums, Pirata, ANTI-HEROI, and LOBOS. 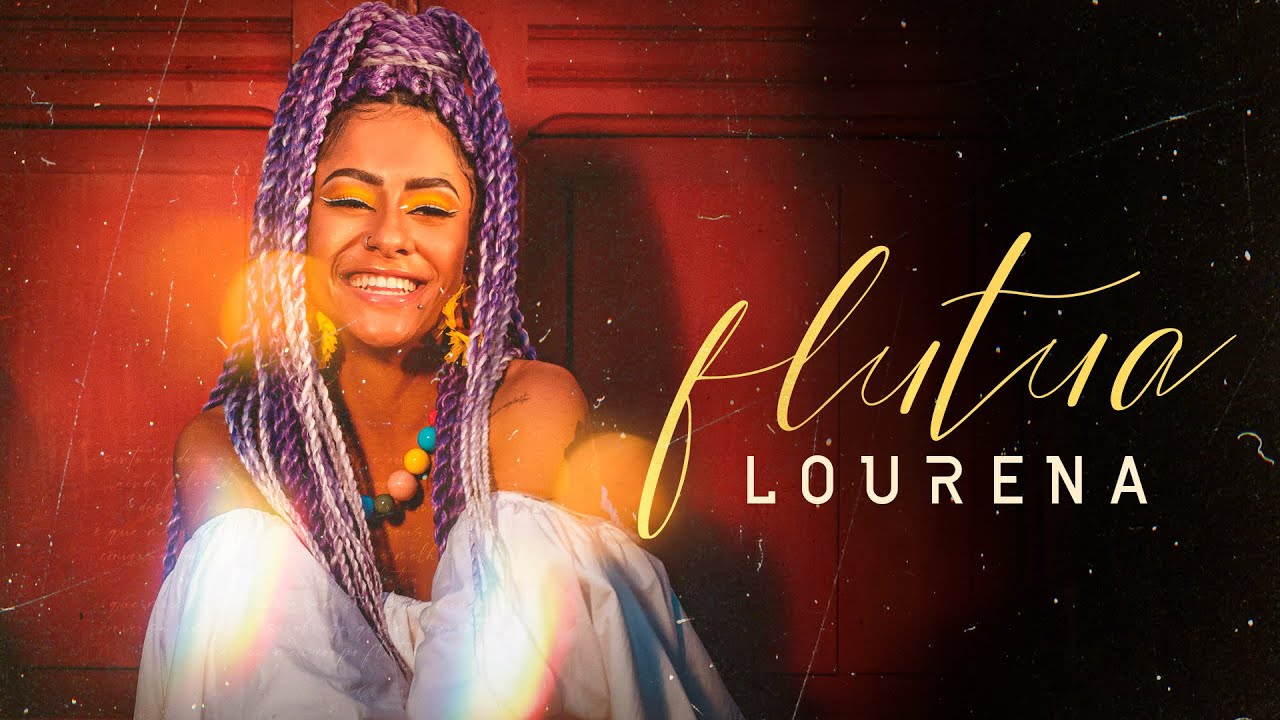 One of the most amazing voices that you will hear in Brazil, Lourena is a special talent that has been on a steady rise. While not an extensive catalog of music, as Lourena has only released a handful of singles since 2018, given the opportunity, especially with more aggression towards building her musical career, we should hear more from Lourena in the future. 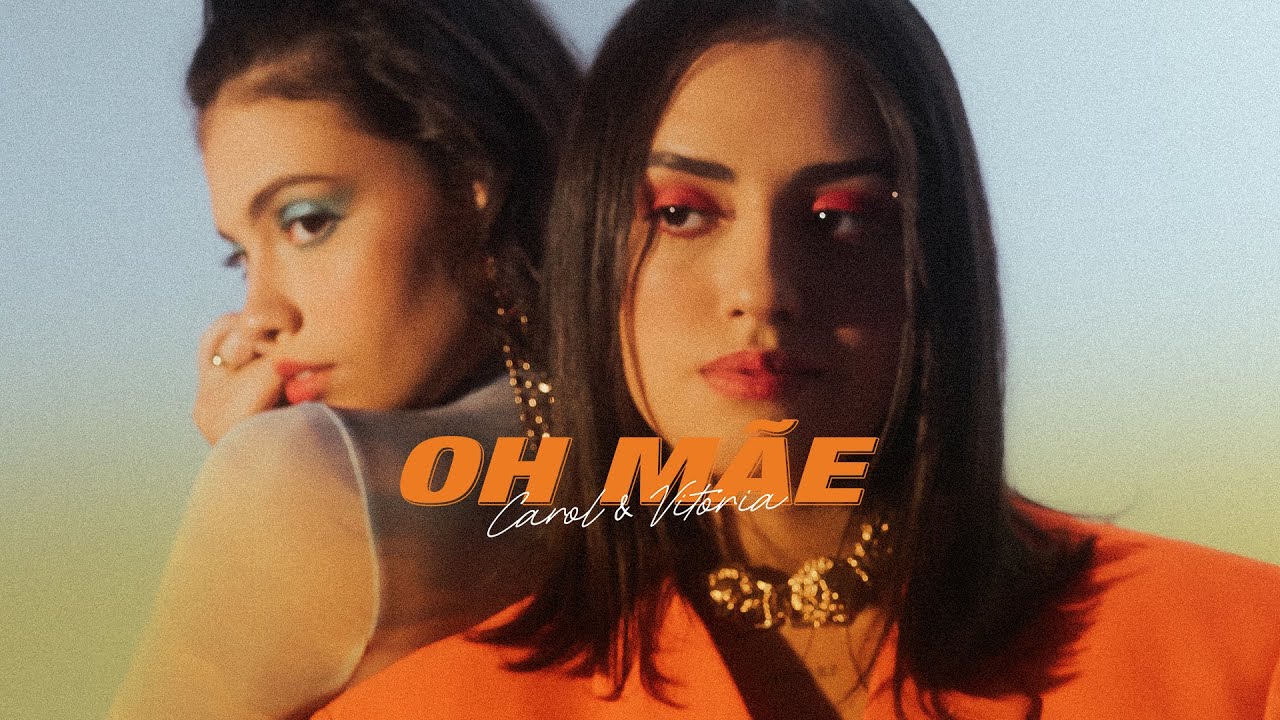 Similar to other artists, the duo began their journey in music playing a guitar while covering songs on YouTube. Dating back to 2015, which was when their first YouTube video debuted, viewers had the chance to witness the growth of two pop stars in the making. Following years of covering songs, Carol & Vitoria made their professional debut in 2018 with “Mais Que Um Verão” and the Brazilian hit “Jura Juradinho.”

Being more known as one of Brazil’s top actresses, only showcases how Larissa Manoela is one of the country’s most gifted Brazilians. Involved in the entertainment industry since the age of six, Larissa Manoela debuted musically in 2014 with her album Com Você. While still having starring roles on television and in films, Larissa Manoela music career has continued to prosper, leading her to be one of the top Brazilian pop artists. 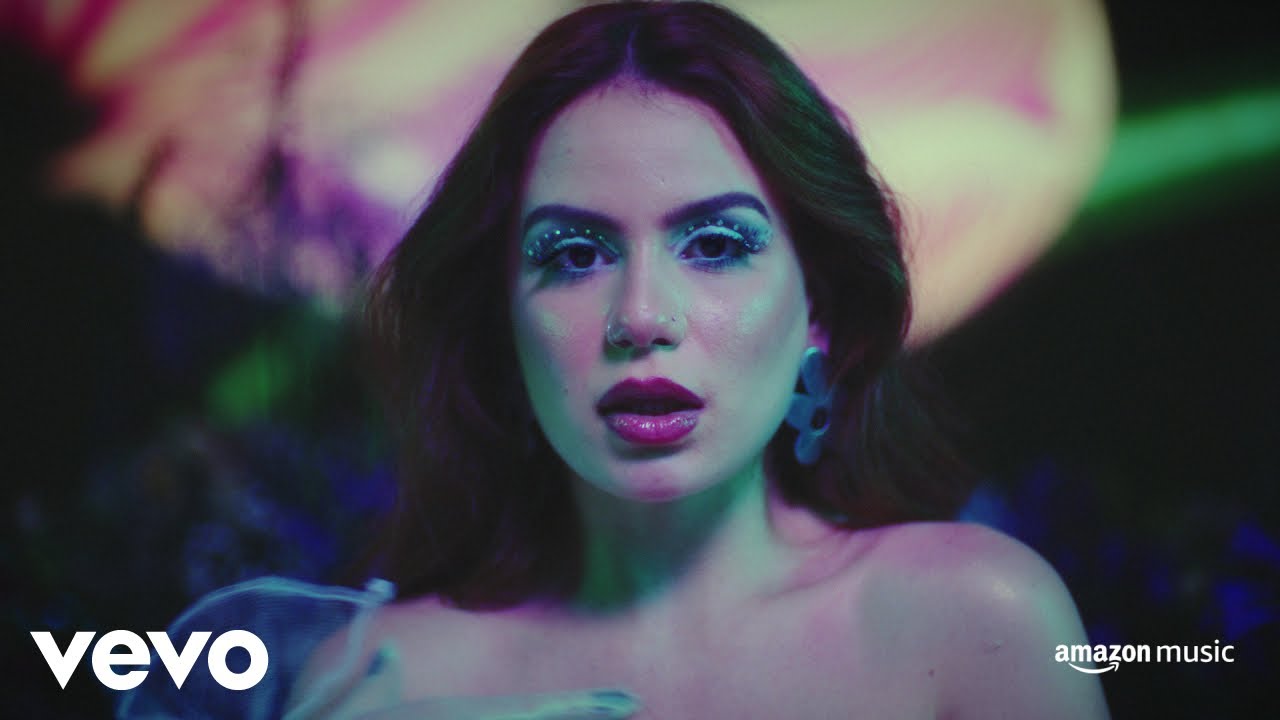 A repetitive story, one can view the early days of Carol Biazin covering songs on YouTube as the young artist has had a passion for music since she was a young child. Transitioning from being an amateur to having a professional career is far from easy, but Carol Biazin made the passage look so effortless with her natural gifts. Debuting in 2019 with R&B hit “Segue Com A Tua Vida,” Carol Biazin has now truly established herself among Brazil’s top artists.