During the city’s population growth, Kansas City began its housing authority that was originally created for war veterans but would become for the numerous of low-income citizens as the city built a number of housing projects during the 1950s and 1960s.

The process of urban renewal and slum clearance with the replacement of former communities with public housing complexes and other construction projects led to the drastic change of many old black Kansas City neighborhoods, especially the 12th Street area.

Some of the city’s first housing projects were Riverview Gardens, TB Watkins, and Guinotte Manor, but the most reputable of the Kansas City ghetto would become the Wayne Minor projects, which were high rises located around 12th Street until the complex was demolished during the late 1980s. 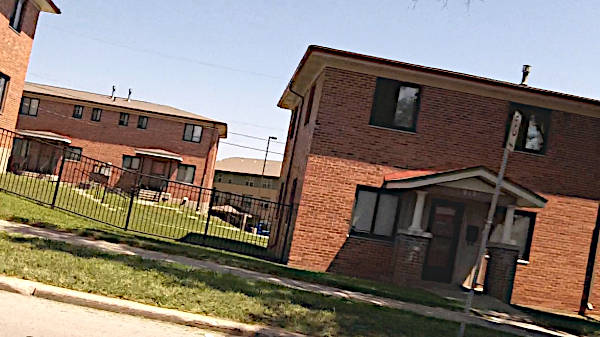 The low rise section of the former Wayne Minor projects

The former Wayne Minor complex was a 5 high rise building housing complex that was notorious and had an infamous reputation in the Kansas City ghetto for drugs, prostitution, violence, and very poor and inhabitable living conditions.

Around the time of the demolishing of the Wayne Minor projects, the 1980s and 1990s saw a rise in street and gang activity as different affiliations of Bloods and Crips slowly made their way into the streets of Kansas City, starting a new era that would later become known as Killa City.

While in many cities gang affiliations would be broken down into many sub-hoods, in Kansas City areas would be under one umbrella or even multiple areas would link, like the 5Ace2 (Five Ace Deuce) that became a link between 12th Street and 51st Street neighborhoods. 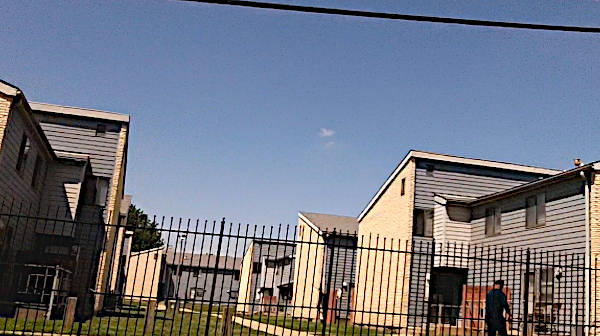 Other sets would become strictly known due to the number of the streets that are within the territory, like 4 Blocc for the ‘hoods that lied between 39th and Cleaver Boulevard or FOG (Five One Gangstas) Town for the section around 51st or infamous blocks like Norton Street.

*The above Kansas City gangs map is not created by Kulturevulturez.com and can not say whether it is truly accurate or not.

With 29% of the city’s nearly 500,000 residents living mostly within Kansas City’s urban community, the Kansas City ghetto of the East Side and South Side has a story that must be told.

Long before the reputation of Killa City, the city’s urban community played important roles in the development of the city as Kansas City’s black population has been around for generations, especially since Missouri was a slave state.

While there were many residents in the beginning, not until the idea of receiving employment opportunities within the railroads, stockyards, and other labor positions did the black population truly grow into creating their own sizable community.

With their work contributing heavy towards the true growth of Kansas City, African-Americans developed their own neighborhoods and smaller sections throughout the city.  The 1920s and 1930s, with the help of World War I, brought in a larger black population as the community began to expand into the East Side.

Eventually, the 18th and Vine Street neighborhood would become the center and main focus of Kansas City’s black business and entertainment districts, along with one of the country’s most popular all-black communities, at least at the time of its peak.

The Change into the Kansas City Ghetto

Even as the employment opportunities declined in Kansas City after World War II the city still experienced one of its biggest population increases, mainly during the years that were between the 1950s and the 1960s.

During this time, blockbusting and redlining as well as establishing Troost Avenue as the city’s racial dividing line led to the black community to be solely located in Kansas City’s East Side and South Side.

The East Side of Kansas City was originally a majority white community until the start of the 1950s that eventually led to the area to become predominantly black by the 1970s, also including the city’s South Side.

With the creation of the interstate highway system and easy access of transportation to help families travel between the newer and suburban neighborhoods on the outskirts of Kansas City and the jobs that stayed located in the city, mainly downtown, this all allowed for the white flight out of the city.

The black community, similar to Kansas City’s early days, is once again expanding from their once traditional East Side and South Side neighborhoods into communities beyond Interstate 435 and 470 as the Kansas City ghetto is plagued with very little rebuilding of the numerous of vacant properties.

2 Detroit’s Timeline of the Streets

Past History Sources of Kansas City: