A Rare Look Into the Real Miami Hoods

When people think about the streets within the heart of the Miami ghetto the areas of either Overtown, Little Haiti, or Liberty City are the main communities that first come to mind.  While those sections are the only true Miami hoods that are within the city limits of Miami, along with a small section of Coconut Grove, there are other neighborhoods scattered throughout Dade County.  Many of these Miami neighborhoods have been around for generations, while other Miami neighborhoods did not gain a black population until the beginning of the 1960s.

One of the oldest neighborhoods in the city, originally called Colored Town, the community of Overtown was once considered as the “Harlem of the South.” 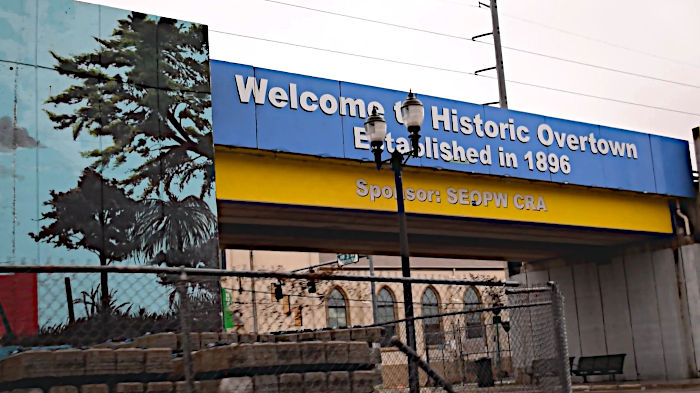 An historic black community, 2nd Avenue was the once heart and mecca for Miami’s black population, during the time when Overtown was one of the very places that black families were able to call home, outside of West Grove, a small community in Coconut Grove.

Eventually, the historic neighborhood of Overtown became the center of almost all of black society within South Florida, from entertainment to the numerous black-owned businesses. 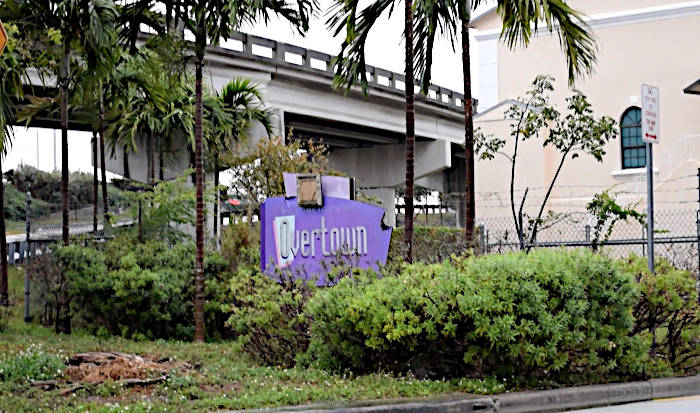 Unfortunately, the decline of Overtown began during the 1960s as Interstate 95 was placed directly in the heart of the neighborhood, which displaced thousands of residents and destroyed numerous businesses.

Currently, Overtown is experiencing gentrification and is in constant change, especially with the close distance to Miami’s most desirable locations. This is allowing for the construction of high-rise luxury condos and upscale businesses, while also pushing many of the residents out. 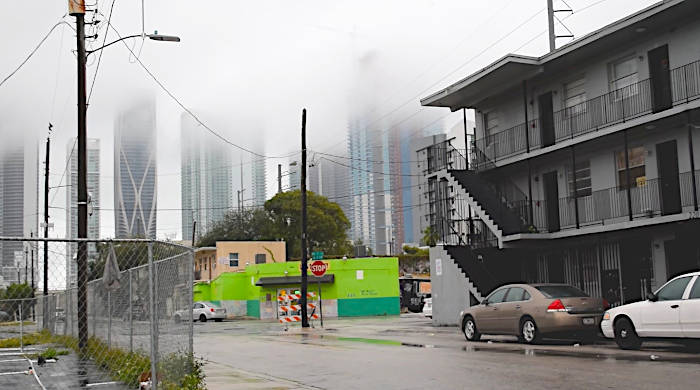 The streets of Overtown within the Miami ghetto once consisted of various sections like Swamp City, Culmer Place, Rainbow Village, and Town Park as Overtown is a low-income neighborhood, mainly centered apartment buildings and housing complexes.

Liberty City, or “The City” for short, is one of Miami’s largest neighborhoods, including Miami hoods like the Pork N Beans, Lincoln Field, the 40s, PSU, 6-1, 15th Avenue, and 18th Avenue.

While there once was a small black community around Hadley Park, not until the building of the Liberty Square housing projects during the 1930s did the Liberty City neighborhood begin to become part of Miami’s African American community. 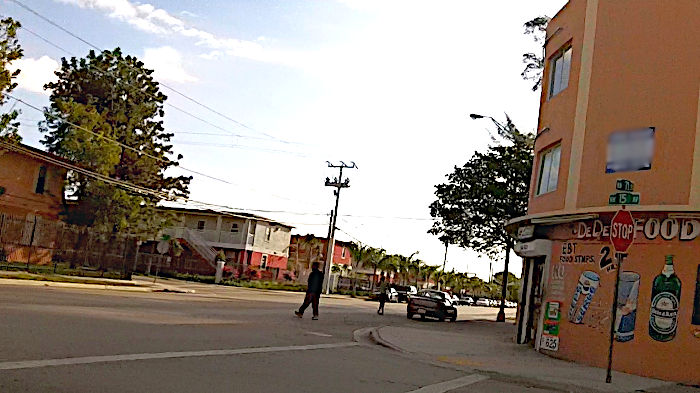 Eventually, Liberty City and its black population slowly expanded to nearby the nearby neighborhood of Brownsville, while 15th Avenue became one of Miami’s most popular spots for the city’s urban population.

Unfortunately, the Liberty City neighborhood became home to one of Florida’s worst race riots, which occurred during the summer of 1980 after years of tension with black Miamians in Liberty City led to days of rioting, injuring dozens and causing much damage to the community. 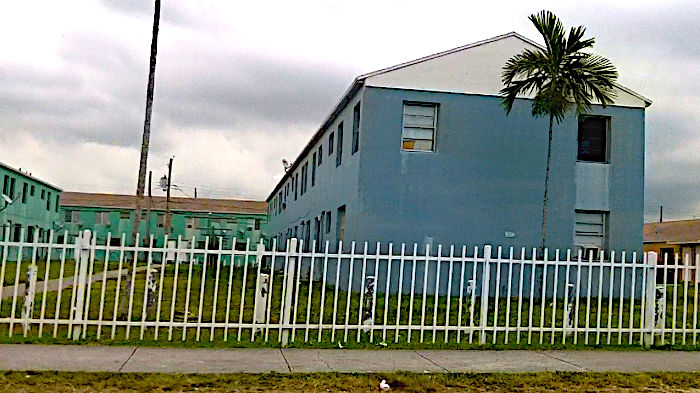 The street culture within the streets of the Miami ghetto has Liberty City in the heart of the Miami streets, from the days of the many Miami legends, like Convertible Bert, to the days of cliques, like the Cloud 9 and the John Does during the 1990s.

What began as a small community in Northwest Miami by the name of Lemon City slowly changed during the 1970s as Haitian refugees fled the corruption of their native country to relocate into the city of Miami. 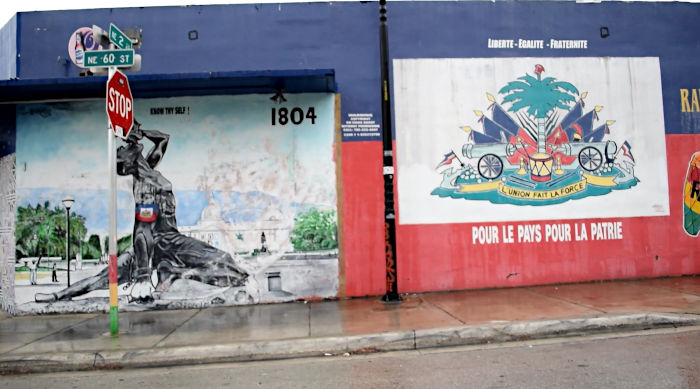 Mostly all were placed in the Lemon City neighborhood, which already had a black presence, helping the existing black neighborhood to eventually become known as Little Haiti for the influx of Haitian arrivals into the area.

One of Dade County’s most legendary neighborhoods, especially within the streets of the Miami ghetto, is home to neighborhoods like The Triangle around Ali Baba Avenue and for apartment complexes that were once locally known the Pinks and the Blues.

With the media constantly showing the violence of Opa-Locka during the 1980s and 1990s the city decided to place steel barriers in a certain area, this area would eventually become known as the Triangle, or in later years 21 Jump Street. 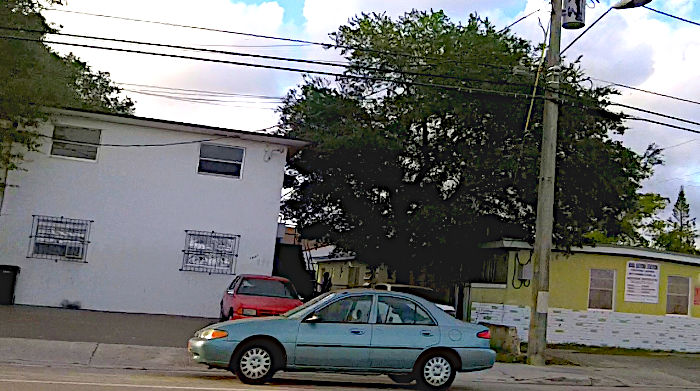 Opa-Locka, which is a unique city with many historic and Arabic style buildings, was originally developed for white families as there were policies that forbid black families from moving into the community.

By the 1960s, many African Americans began to move from the older neighborhoods of Overtown and Liberty City into newer communities that once prohibit black residents. This made Opa-Locka one of the few neighborhoods that black families would relocate into during the 1960s and 1970s.

Once called Little San Juan, Wynwood became Miami’s culture center for the city’s Puerto Rican population that arrived during the 1950s. Not until the 1960s and the 1970s did the community of Wynwood become more diverse, as the neighborhood racially mixed with African-Americans and Latinos.

Today, the community is becoming more of a gentrified neighborhood, especially with the neighborhoods location near Biscayne Blvd.

Miami Gardens was created during the early 2000s, merging Carol City with the nearby communities. Today, the city includes Miami hoods like Behind the P, Bunche Park, Carol City, and the Norland area, which consists of Norwood and Cloverleaf. 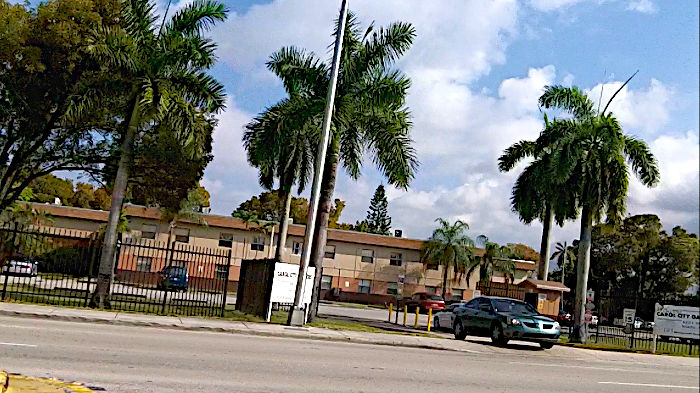 Before Miami Gardens, many neighborhoods had their own reputation, like Carol City and the Matchbox Projects, Opa-Locka’s Behind the P neighborhood, and a few other sections throughout the region. 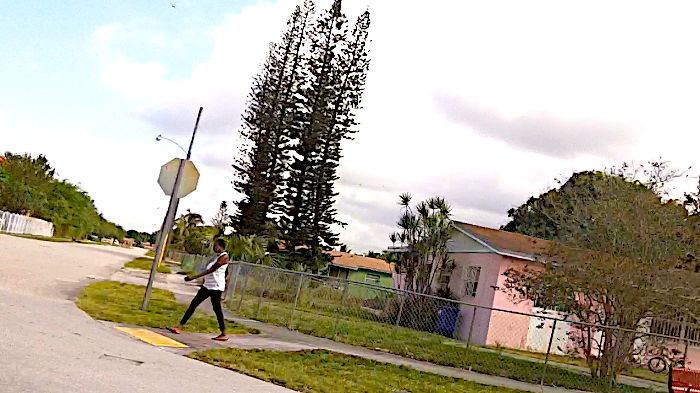 With 75% of the Miami Garden’s population being African American, residents of this Northwest Miami-Dade County neighborhood have led Miami Gardens to becoming one of the country’s largest predominantly black cities in the United States.

The black section of Coconut Grove is often referred as West Grove or Black Grove, a large neighborhood that is located along Grand Avenue.

Black Grove is one of Florida’s oldest communities, being created during the late 1800s by local Bahamians that worked in nearby service positions catering to Miami’s rich elite. 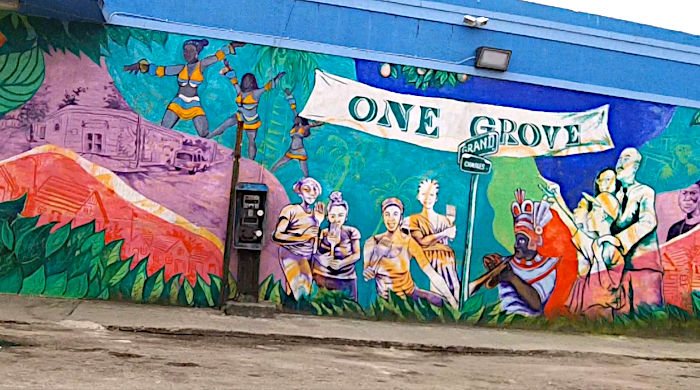 This once thriving area started to decline as the city replaced many of the homes with apartment complexes, a way that some claim was supposedly to improve the community but instead actually harmed the area.

Today, Coconut Grove is one of Miami’s most luxurious neighborhoods and gentrification has been making its way into the West Grove section, beginning with the demolishing of local apartment buildings.

The streets within the heart of the South Miami ghetto, or “Down South,” are the least talked about. Many have often looked over the neighborhoods of Richmond Heights, Goulds, Perrine, Naranja, Florida City or the South Miami apartments.

Some of Miami’s oldest black communities are located in South Dade County as many originally came into the area as farmers seeking work. 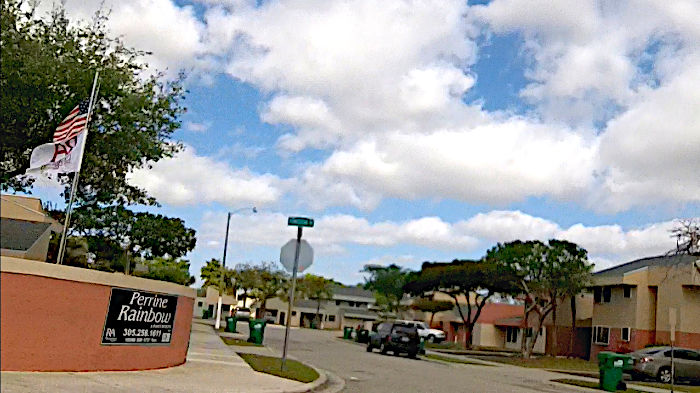 As years passed, the communities of “Down South” built their own reputations separate from other sections of Miami-Dade. This would include the likes of Chocolate City, Rainbow City, and numerous other Miami hoods expanding from Florida City to Richmond Heights.

*Colors on the map do not indicate anything specific.